Why is SYRIZA targeting Juncker?

Home Why is SYRIZA targeting Juncker? 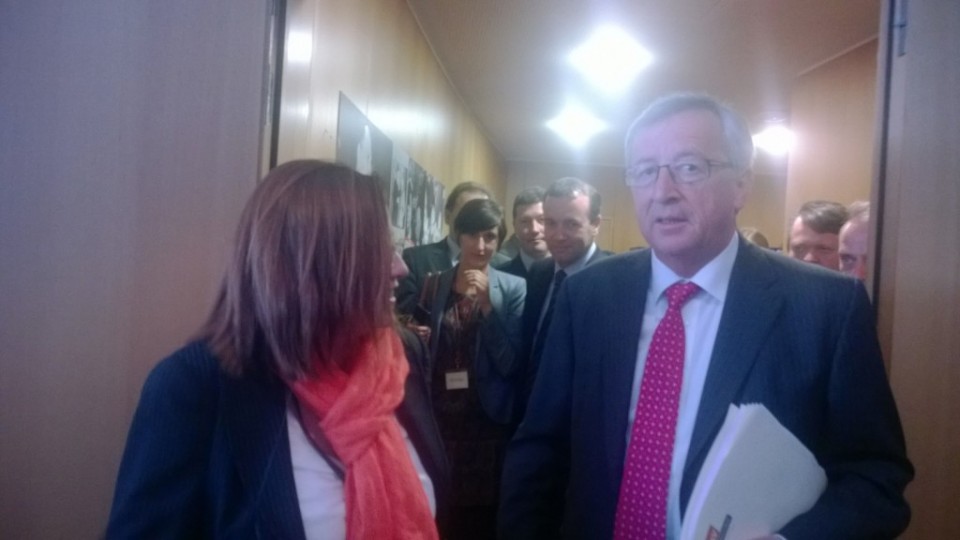 Why is SYRIZA targeting Juncker?

In the plenary of the European Parliament, taking place in Brussels today and tomorrow, there will be a discussion on the motion of censure against Jean-Claude Juncker. The motion was submitted by the GUE political group, and SYRIZA, a member of GUE is also co-signing the proposal.

There has been no additional information on what is already known regarding the taxation framework in Luxemburg.

The Grand Duchy, just like Belgium, the Netherlands and Malta are Europe’s “Tax Havens”.

They have never been audited by the EU, nor have there been any transparency rules applied .

The aforementioned countries have been fortified, and continue to do so, behind the Treaty’s provision that tax policy is under the competence of the Member States, distorting financial competition and attracting, by any means, private equity, savings and investors.

It is paramount for the European Parliament to, even at this stage,
act upon the issue.

We must ask the Commission to audit all cases and close immediately and successfully all gaps allowing tax evasion on European soil.

Automatic information sharing with regards to tax evasion on a pan-European level is absolutely necessary.

And it is explicitly unethical to request from the citizens in crisis-stricken countries, like Greece, to pay unbearable taxes, while at the same time, in prospering countries, multinationals systematically avoid to pay their fair share.

All countries have to comply and pay, without a question, should any practice is proven unlawful.

However, there is a finer print in this story.

Why does this effort to weaken politically Juncker start now, when all of the above had already been known at the time of his election? Five days prior to the voting session in Strasbourg, which led to Juncker’s official election, the Financial Times had published the exact same information that is being repeated today.

Juncker is the President of the Commission seeking 300 billion euros for growth, the one who for the first time is raising questions on one-sided fiscal austerity and is opening the agenda for a quicker financing of the european economy.

Juncker is the kind of Commission President that can openly question the opinions of Prime Ministers of powerful countries and seek consensus between the North and the South for his policies.

Juncker is the President of the Commission that as the head of the Eurogroup singed the November 2012 statement, which binds our lenders for an adjustment on the viability of the Greek debt.

What political agenda does SYRIZA’s choice to lead this initiative serve?

It is obvious that a few Members of GUE in the European Parliament cannot lead Juncker to the exit.

But the question remains:

Now that the voices requesting a freeze on the further adjustment of the viability of the Greek debt are increasing, is it for the best national interest to weaken the President of the Commission?

Is, finally, weakening a top European politician, who has practically proven his support to Greece during even the hardest of times, for the best interest of our country?