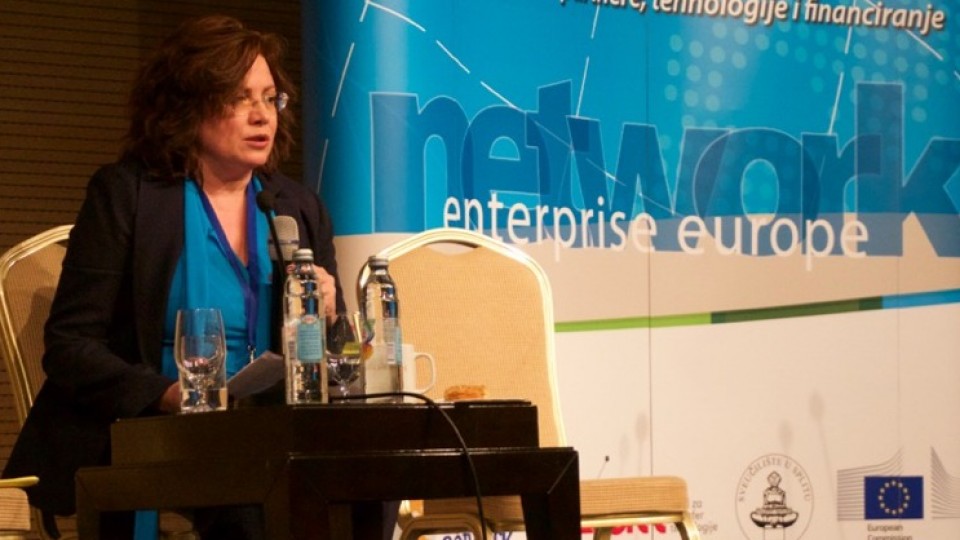 I am happy to join you here today, the topic of the event is very interesting. You have already discussed how SME’s fit and how would they benefit in the context of the Macro-Regional Strategies.

In my turn, coming from the European Parliament, will try to present some of the things that we as politicians discuss, especially in the Committee of Regional Development of which I am a member.

I will therefore make a small introduction by presenting the European Fund for Strategic Investments and then make a follow up presentation on how SMEs in particular could benefit from it directly or in combination with Structural Funds.

which led to a sharp drop of investment across the entire Europe,

The European Commission interpreted these signs as market failure resulted from the limited risk taking capacity of investors in Europe.

This limited risk taking capacity is affected not only by financial factors such as limited liquidity, but also to political volatility as well as regulatory barriers.

To give you a hands on example of how would political volatility affect the business environment in general, not just discourage investors, see how the political turbulence of the last couple of years has affected the business climate of Greece.

To carry on, as a response on the limited risk taking capacity of investors in Europe, the European Fund of Strategic Investments was launched in the context of the Investment Plan for Europe,

which is based on three pillars:

3. The implementation of regulatory and structural reforms to remove barriers and ensure an investment-friendly environment.

I will now go a little deeper in getting into the main features and details of the EFSI.

1. A Steering Board, with representatives from the Commission and the EIB, which decides on a higher strategic level, and
2. An Investment Committee, which is composed of eight independent experts and the Managing Director, which assesses and approves the use of the EU guarantee for individual operation and is accountable to the Steering Board.

Then, depending on the nature of the projects to be funded, the EFSI has two distinct components:
1. The Infrastructure and Innovation Window, which is deployed through EIB and funds large scale projects

2. And the SME Window, which is deployed through the European Investment Fund to support SMEs and mid-caps, and which is more relevant to our discussion

And what kind of projects does the EFSI looking for to finance? The basic axes of investments are:
1. support to SMEs and mid-caps
2. transport, energy and the digital economy
3. environment and resource efficiency
4. human capital, culture and health
5. research, development and innovation

The European Investment Advisory Hub on the other hand, is a joint initiative of the European Commission and the EIB. It gives to promoters’ access to technical assistance as well as to a network of partner institutions as well as national promotional banks, which I will describe in a few moments.

So in general this is how the EFSI works, lets get into more details that interest the SMEs.

Out of the projected 315bn to be mobilized by 2018, the European Investment Bank expects to trigger 75bn euros under the SME Window.

How would the EFSI now would work in complementarity with European Structural and Investment Funds?

Given that they are two financial instruments governed by different legislative frameworks, the funds should only work by complementing each other and not by substitution or transferring of resources.
A practical example of a scheme that would benefit SMEs would require the creation of a thematic or geographic investment platform by a national promotional bank.
In that context, the money from structural funds could be used, within the relevant regulations, as first loss or guarantees in order to alleviate a highest level of risk that would normally put turn private investors away.

In turn, these investors would benefit from the EFSI in order to further finance their investments to SMEs through this investment platform.

Insofar, there have been some examples where the EFSI has been combined with other programmes like COSME in order to facilitate access to finance for SMEs.

For example, something that is also relevant to the Ionian-Adriatic Macroregion, on the 4th of March the EIF signed an agreement with the Fondo di Garanzia per le PMI in Italy in order to provide more than 1 billion of financing to Italian SMEs. It is expected that more than 20.000 SMEs will gain access to finance and create jobs and grow their businesses.

So to conclude, I have given you an overview of how the EU is actually making the shift from a grant oriented approach in financing entrepreneurship into a financially viable and results oriented solution. 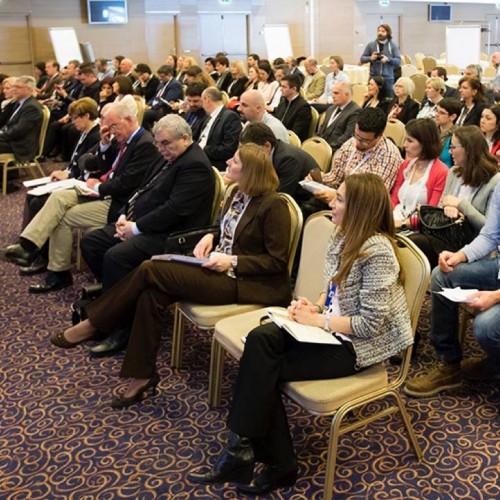