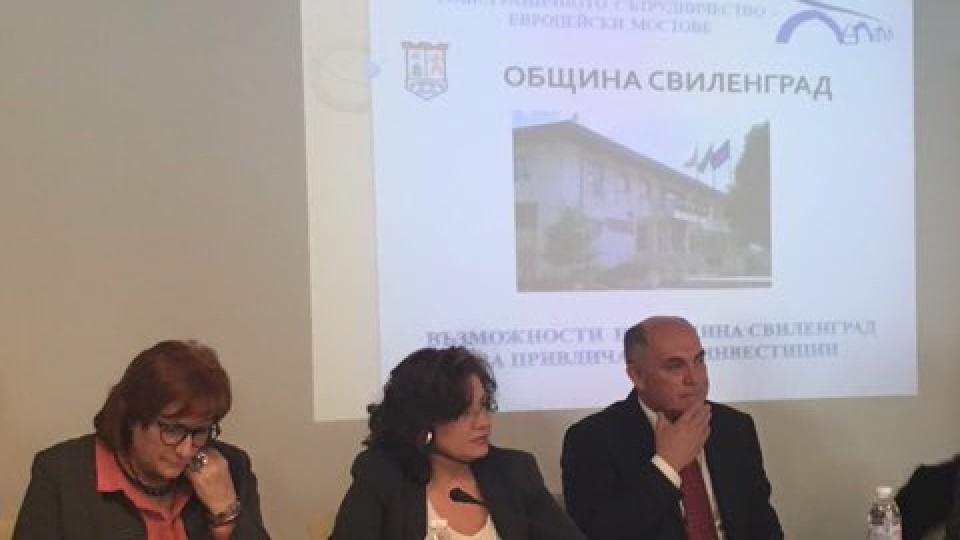 Dear participants, we are here today to discuss about the prospect of cross-border Cooperation between local authorities.
Today, many stakeholders have gathered from Bulgaria, Turkey and Greece to exchange views, share best practices and network in order to formulate partnerships for projects to be financed by Interregional Programs.

I will discuss address briefly two points on my intervention.
First, a small presentation of the programs of cross-border cooperation. Their spirit, their targets and a small overview of the current state of play. I will also share my perspective on what would be the best approach for beneficiaries like municipalities to make the best of these programmes.
Second, I would like to stand on something that expands beyond the traditional programs of cross-border Cooperation, but it seems that may be the future for growth at the regional level.
That is the use of regional investment platforms that seek to take advantage of the European Fund for Strategic Investments.
Starting with the first part, I would like to say that Cross Border Cooperation is a policy tool that seeks to mobilize stakeholders to collaborate at the EU’s external borders.

The purpose of this cooperation could be broken to three main objectives, as described by the Commission:

Now let me give you a small breakdown by numbers:

•Now about the programmes that might be relevant to the participants of today’s event:

1.Greece-Bulgaria INTERREG with a budget of 129 million Euros.

•So far this programme has issued two calls.
•A Restricted call for strategic project proposal targeted at improving cross-border accessibility by improving road infrastructures between the two countries.
•The budget of the call was 38 million euros.

•The Second call, with a budget of 35 million euros, is targeted on two priorities:
oThe promotion and development of a sustainable and climate-adaptable cross-border area
oA socially inclusive cross-border area

•Now the first call has already expired.
•However, I would like to bring to your attention that the second call got an extended deadline until the 22nd of April, so I would urge you to seize today’s opportunity to discuss potential projects.

2.The Balkan-Mediterranean Programme with a budget of 40 million euros.
•So far the program has issued only one call, which is still open until the 15th of April and is targeted on two priorities:
o Entrepreneurship and Innovation
o The Environment

•So this is a very small overview of the Cross Border Cooperation programmes and their current state of play.

• If I could make one suggestion, drawing from my experience and the feedback I get from stakeholders, that would be the following:

•Typically, municipalities have limited resources and know-how on how to lead in such projects.

•My advice would be to seek participation in collaborative schemes where there are partners like Universities or Research institutions.

•Theses organizations have deep experience in managing such projects and Municipalities should start conservatively by participating in such a consortium and building on their experiences.

•So this brings me to the second part of my discussion. Which is the role of Regional Investment Platforms in the context of the European Fund for Strategic Investments.

•The European Fund for Strategic Investments is a new tool that the Commission has launched in order to mobilize private investments.
It should not be confused with structural funds that have a grant-oriented approach.

•The EFSI has no available budget like the programs I mentioned before.

•However, it is a financial instrument that under specific conditions could mobilize more than 315 billion euros until 2018.

•How this is relevant to today’s discussion? A couple of weeks a gave a presentation about the EFSI and its complementarities with structural funds in Split, Croatia.

•Following up on my presentation, Vice-President Katainen, who is in charge of the EFSI, in a speech he gave in the European Parliament, he mentioned that although there are no National Promotional Banks in Greece, which could create Investment Platforms, in Bulgaria there are four!

•Furthermore, quite recently, the European Investment Bank issued a paper that describes how the EFSI could be better exploited by Investment Platforms.

•The EIB gave use case scenarios, which include the following examples that I would like to bring to your attention:

•A Regional Cross-border Investment Platform, which could be most successful in regions with relatively new National Promotional Banks, such as the ones that were recently founded in Bulgaria.
•This platform could mobilize investments at a regional level will sharing best practices among National Promotional Banks on a regional level.
•A Municipal Infrastructure Fund. This platform would pool municipal and rural infrastructure projects that would attract interest from private investors and therefore gain funding from the EFSI.

•These are two examples; I will be posting the entire paper of the EIB on my Twitter account for anyone who would be interested in taking a better look.

•I think that these are opportunities that show where the future is headed in terms of EU funding.

•Money is not in abundance and we have to do more with less in the light of increasing challenges.

• I would urge everyone here today to grasp every opportunity,

• to utilize every resource,

• because the future is here

• and it is very competitive. 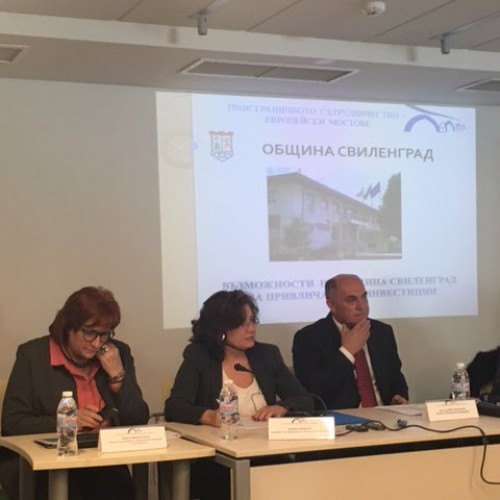 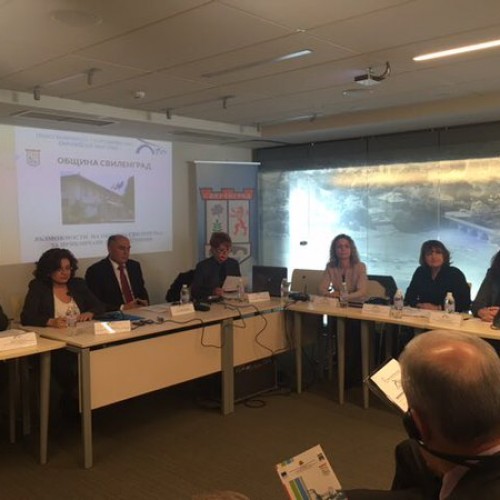