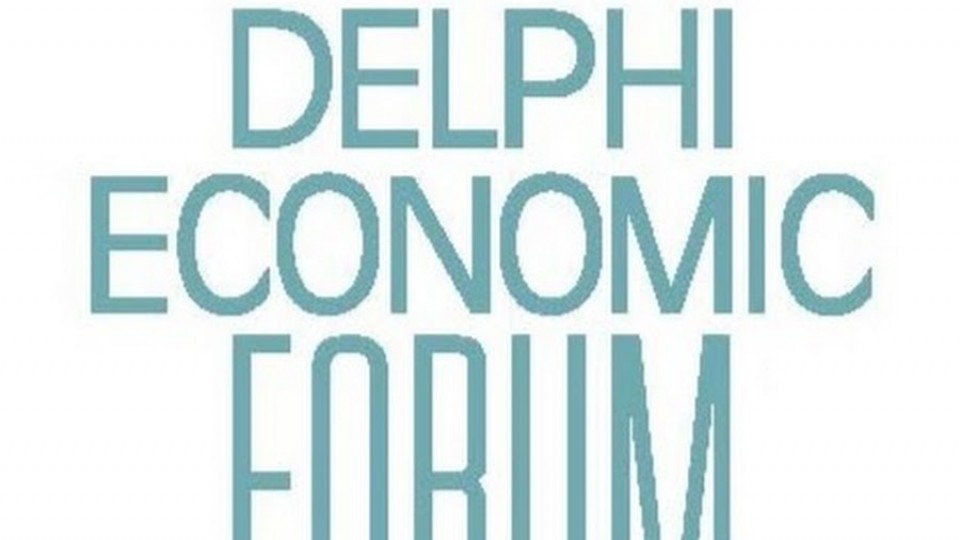 Greece is at the heart of a humanitarian crisis that is unprecedented in Europe’s modern history.

This crisis, the refugee crisis, it is the biggest crisis we have been facing since the end of World War 2.

And unlike the financial crisis, it is threatening to tear Europe apart.

In dealing with this crisis, Greece is taking on more than its fair share of responsibility, albeit perhaps belatedly.

We are sharing a disproportionately big part of the burden.

Let’s face it. If we don’t scale down the intensity of the refugee crisis, investments will never come our way.

And to scale the crisis down we must share the burden.

Article 80 of our Treaty is very clear.

“The policies of the Union and their implementation shall be governed by the principle of solidarity and fair sharing of responsibility, including its financial implications, between the Member States.

Whenever necessary, the Union acts adopted pursuant to this Chapter shall contain appropriate measures to give effect to this principle.”

Our only way to deal with this unprecedented crisis is by obliging all Member States to assume their fair share of responsibilities.

This we can only accomplish by taking “appropriate measures”.

I’ll give you an example.

To ensure that Cohesion Policy is fully coherent with the wider EU economic governance, the Commission can ask a Member State

– under the “macro-economic conditionality” clause -

to modify programmes to support key structural reforms or, as a last resort, it can suspend funds, if its recommendations are repeatedly and seriously breached.

I believe it is high time we discuss a suspension of Cohesion Policy and Common Agricultural Policy funds, for those countries that do not respect our core European values.

If we are suspending funds for those failing to stay in line with their Stability and Growth Pact responsibilities, then it’s time we also enforce it on those Member States not respecting Article 80 of the Treaty of the Founding of the European Union.

The times are unique and they call for unique solutions.

Now. What can we do for the recovery of Greece;

The tools for recovery are there. But we need a stable landscape. We have to stop constantly creating new crises.

That being said, we are here today to discuss the prospects of restoring growth in Greece.

More specifically, through the works of the Committee of Regional Development, Ms Mihaylova as its Chair and me as a full member,

we will try to shed some light on issues regarding the role of Structural Funds in restoring and promoting jobs and growth in Greece,

as well as the popular yet frequently misunderstood European Fund for Strategic Investments, or Juncker Plan as it has become to be known.

At this moment, I would like to take the opportunity and point out that Greece was given an exemption last October regarding Structural Funds.

Such exemption, could reach 2.3 billion in savings through the removal of obligation from national co-financing and the application of a 100% financing rate for 2007-2013,

The person who was responsible to draft this document in a very short time and made sure it was voted in the Committee was Ms Mihaylova, and I would like to thank her once again for delivering on a matter of such importance for Greece.

Before I start, please note that at the end of the discussion I will post on my twitter account a very insightful presentation on the complementarity of European Structural and Investment Funds and the European Fund for Strategic Investments, that the European Commission has recently issued, so stay tuned.

Of course I am available to answer all your questions and I will follow up either here or on twitter.

which led to a sharp drop of investment across the Union,

The European Commission interpreted these signs as market failure that resulted from the limited risk taking capacity of investors in Europe.

This limited risk taking capacity is affected not only by financial factors such as limited liquidity, but also by political volatility as well as regulatory barriers.

Therefore, the European Fund of Strategic Investments was launched in the context of the Investment Plan for Europe,

this is where the term Juncker plan actually comes from by the way, which is based on three pillars:

I will now go a little deeper in getting into the main features and details of the EFSI as well as its current state of play for Greece.

1.A Steering Board, with representatives from the Commission and the EIB, which decides on a higher strategic level, and
2.An Investment Committee, which is composed of eight independent experts and the Managing Director, which assesses and approves the use of the EU guarantee for individual operation and is accountable to the Steering Board.

And what kind of projects does the EFSI looking for to finance? The basic axes of investments are:
1.transport, energy and the digital economy
2.environment and resource efficiency
3.human capital, culture and health
4.research, development and innovation
5.support to SMEs and mid-caps

There is one thing that I find great about the Juncker plan.

Potential investors don’t have to go through the State, in order to access EFSI financing.

They don’t have to be approved by any ministry or a single government official in the Member States.

If an investor is interested, public or private, they can reach the EIB directly and seek for EFSI financing.

This all may sound rather complicated for potential investors, especially for those who never had experience in interfacing with the EIB and its processes.

The European Investment Advisory Hub on the other hand, is a joint initiative of the European Commission and the EIB. It gives to promoters access to technical assistance as well as to a network of partner institutions as well as national promotional banks, which I will describe in a few moments.

Last but not least: who is eligible for EFSI financing?

Any public or private project promoter interested in investing in Europe is potentially able to benefit from the EFSI.

What is most important is something that I would like to stress again in the most explicit way:

I will repeat it so that everyone will understand it: There is no necessary state intervention in order to access EFSI financing.

Nobody has to get in a special list compiled by any ministry nor has to get approved by a government official.

This means that if an investor is interested, public or private, he can reach even directly the EIB and seek for finance through the EFSI.

That pretty much sums up the European Fund for Strategic Investments. Now I will give you the current state of play regarding Greece, which unfortunately will not take much time.

As of February 2nd, there had been 9 billion euros of approved financing by the EIB group, mobilizing some 61.5 billion euros in investments.

There had been 145 transactions in 22 out of the 28 Member States. How many of those in Greece? Zero.

As a matter of fact, Greece has yet to designate a National Promotional Bank, so I wouldn’t be much optimistic about many projects in the near future.

So to conclude, first things first, we must pull ourselves together and deal with a refugee crisis that is threatening to tear Europe apart.

This is a hard requirement. Once we deal with that, we must speed up and catch up with the rest of Europe in taking advantage of the the tools for growth that are already there waiting for us to deploy them.